Connie Goodman-Milone Recognized for Exceptional Work as a Writer

Ms. Goodman-Milone has published poems, articles and photos in various newspapers and journals over the years

MIAMI, FL, January 24, 2017, Connie Goodman-Milone has been included in Marquis Who’s Who. As in all Marquis Who’s Who biographical volumes, individuals profiled are selected on the basis of current reference value. Factors such as position, noteworthy accomplishments, visibility, and prominence in a field are all taken into account during the selection process.

For more than a decade, Ms. Goodman-Milone has been a writer in Miami. Previously, she worked as a writer in New York City and Philadelphia. She is co-author of a book Bereavement Poetry Project (in progress). Her works include poetry and photos featured in Medicinal Purposes Literary Review, poem, articles and photos for VITAS Vital Signs, and poems in Today’s Caregiver, the Florida State Poets Association, Inc.’s Anthology, Healthy Stories, and The Grief Observer. She has contributed many more poems and articles to newspapers and journals. She has won numerous awards as a poet. Her phenomenal work as a writer has earned her inclusion in Who’s Who in America, Who’s Who in the World and Who’s Who of American Women.

Ms. Goodman-Milone’s educational background consists of a Bachelor of Arts in psychology from The George Washington University, which she earned in 1985, as well as a Master of Social Work from Barry University in 1999. These degrees aided her in her position as a case manager for Health South Doctors Hospital, as well as a social work intern at the Bruce W. Carter VA Medical Center.

To continue learning about new developments in her field, Ms. Goodman-Milone is a member of various organizations. These include the Miami Poets chapter of the Florida State Poets Association, Inc., the Academy of American Poets, the National Writers Union, The National Association for Poetry Therapy, Phi Eta Sigma National Honor Society, Delta Epsilon Sigma, and Psi Chi, the International Honor Society in Psychology. In addition, she stands as Past President and Secretary for the South Florida Writers Association, and serves as an editor of the association’s Author’s Voice newsletter. She is also affiliated with Amnesty International and the National Association of Social Workers.

Ms. Goodman-Milone is also driven to serve her community as a hospice volunteer for VITAS Healthcare. She is a member of the Natural Resources Defense Council, member of Defenders of Wildlife, a member of the leadership council for the Southern Poverty Law Center, and past chair and director of the Junior Orange Bowl Creative Writing Contest. Furthermore, Ms. Goodman-Milone supports Children’s Bereavement Center, American Jewish World Service, Doctors Without Borders, USO, American Red Cross, Americans for Responsible Solutions, World Wildlife Fund, National Wildlife Federation, and The Nature Conservancy. 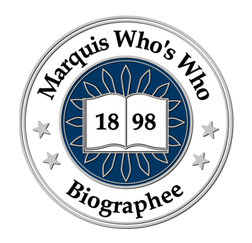